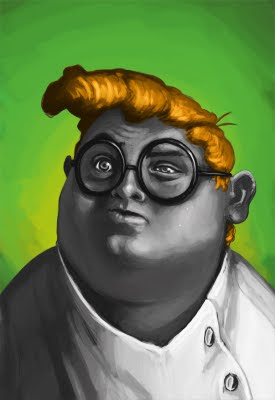 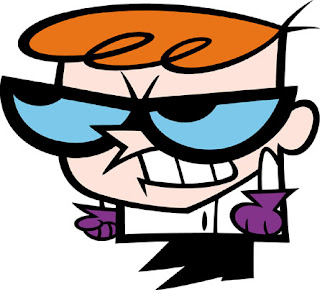 fiiiiiinally got around to doing another doodle for the DRAWAHOLICS blog - this week's theme was to take a 2D cartoon character, and render them in a more realistic fashion. i went for Dexter, from Dexter's Laboratory. might try to give him a legit color pass later on, might not :P could also be fun expanding the image to see his whole body

visit the DRAWAHOLICS blog, if you want to participate too!
Posted by Unknown at 11:14 PM 1 comment:

so this weekend marked the opening of TWO films that i had the pleasure of working on. the first was The Smurfs, in which we tackled Azrael (the cat) over at Tippett Studio. and the second was Cowboys & Aliens, which consisted of some alien and spacecraft wrangling back at ILM.

i had a great time working on both, and it fulfilled a very large goal for me to be able to work on a movie starring harrison ford (Raiders of the Lost Ark is my favorite movie of all time). it's also fun seeing two movies that are so different go head to head on an opening weekend, and actually come out neck and neck :)

article on comingsoon.net:
http://www.comingsoon.net/news/movienews.php?id=80514
Posted by Unknown at 9:30 PM No comments: